Last week, I was able to get in contact with Mark Matthews, the man behind the retail blog “42Freeway.” Matthews is originally from Bellmawr, NJ and has now been living in Deptford, NJ for the past five years. He has a day job in the finance industry as a technology manager in Pennsylvania.

Matthews has been blogging online for the last 10 to 15 years. At first, he was providing tips to a local newspaper on businesses opening in Bellmawr.

“I met up with some old high school friends and one mentioned ‘did you hear they are going to build 5,000 homes in the Bellmawr landfill?'” says Matthews. “I was amazed by this as nothing was reported in the news and I thought I knew everything about my hometown.”

Matthews started writing features for the Courier Post, a newspaper in South Jersey, and Clearys Notebook. He also created many community blogs.

“I couldn’t find the right balance for what I wanted to do. I started to realize that people really didn’t care about tax increases or new trash trucks,” says Matthews. “Mention a new Wawa, Taco Bell or anything about the Bellmawr landfill project and my posts and comments would go through the roof!”

Matthews then stuck to his niche and created “42Freeway,” a website dedicated to commercial and retail news for towns located around and off of Route 42, a highway that goes through much of Southern New Jersey.

Mark uploaded the video above to his YouTube channel. The video explains what “42Freeway” is all about and what to expect in his blog posts.

“Most of my posts focus on new retail developments, hopefully ahead of other news outlets,” said Matthews. “I will also post about significant road projects and hope to do more events.”

On 42Freeway.com, Matthews has covered a variety of topics, from major retail chains going out of business, like Toys R Us and Sears, to new mom and pop shops opening soon.

The front page of 42freeway.com. The top stories are circulated through a slideshow at the top. Other stories are featured down the page. (Screenshot/Peter Planamente)

Recently, Matthews broke a story about PB’s Diner & Tap Room, a diner which recently closed and was a hot spot for Rowan students. It will be re-opening soon with new owners and a new name. No other news outlet has broken the story as of yet. 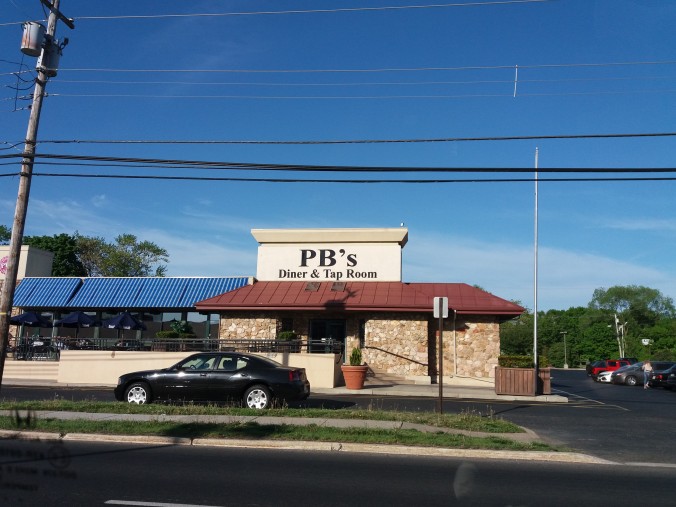 When maintaining a blog, research and time is a must for it to become successful and to keep your readers interested. Bloggers should also stick to a topic that interests them and many other people.

“I am very cognizant of what I post on 42Freeway as I know a part of its growth and success is because I have a very consistent type of post,” says Matthews. “Look at a story on my page and find the same one at the Courier or South Jersey Times’ Facebook pages and you’ll see 42Freeway’s views, comments and shares blow theirs away…not that my story is better but I’ve culled an audience that matches my consistent type of content.”

For someone who has blogged for this long, he has plenty of advice for anyone who is thinking about creating a website or blog in the future.

“For me, the biggest factor is having a clear, consistent theme and finding that audience,” says Matthews. “There is a lot of debate in the blogger community about the role Facebook plays in blogging. I honestly don’t think 42Freeway gets to where it is today without a Facebook page.”

The 42Freeway Facebook page currently has over 9,000 “likes” and over 10,000 followers. Matthews also posts on his Twitter and Instagram pages with updates on new articles and location shots.